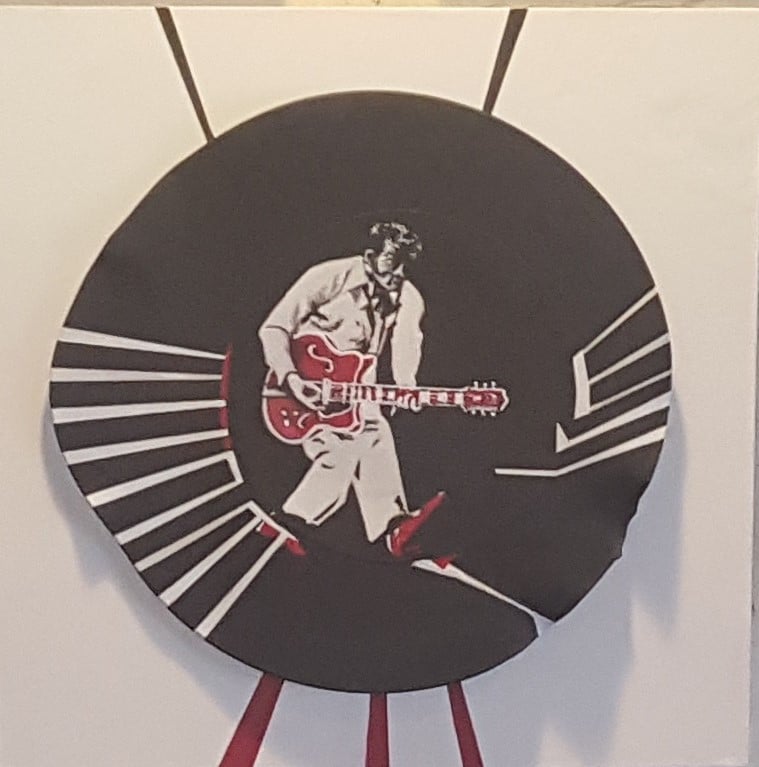 Chuck Berry was born in 1926 as Charles Edward Anderson Berry in St. Louis, Missouri.  He was an American singer and songwriter and one of the pioneers of rock and roll music. Nicknamed the “Father of Rock and Roll”, Berry refined and developed rhythm and blues into the major elements that made rock and roll distinctive. Berry was among the first musicians to be inducted into the Rock and Roll Hall of Fame on its opening in 1986.

“Music Legends” is a series of paintings. The process starts with a 33LP vinyl record, which is melted, stretched and molded to compliment the specific artist.

The record is then painted to reflect the energy and feeling of that particular artist. The record is mounted on a 15” by 15” panel which is painted to compliment the record.